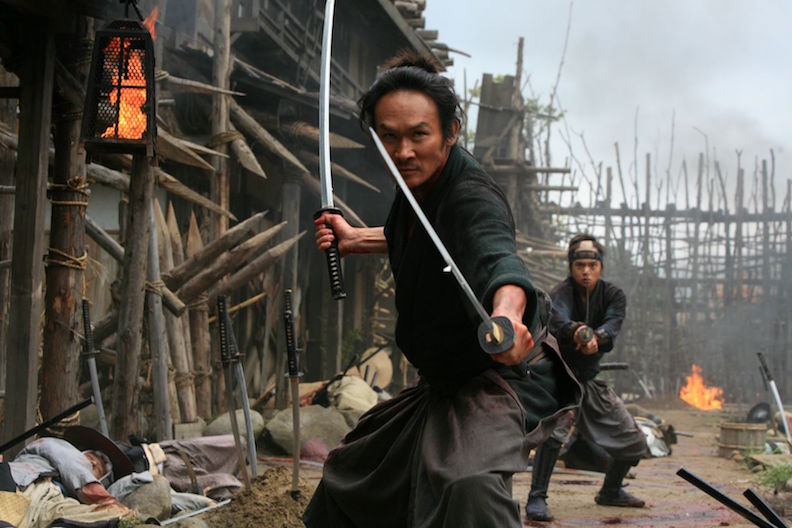 So I want to start off by saying that I’m not some big Japanophile. I don’t obsess over giant robots, super-powered martial artists, and magical girls. Sure, I obtained a minor in Japanese while I was studying at UK, but I’ve just never been a Nippon-obsessed Otaku like many other young nerds such as myself are.

Now that I’ve gotten that disclaimer out of the way, I want to tell you about the best warrior movie that you’ve never seen.

Any of you who already know me, or who have been following the ATA Facebook page have probably figured out that the warrior way of life and the warrior ethos are extremely important to me and form a core part of who I really am. Movies like Braveheart and Saving Private Ryan give me goosebumps, not because of all the sword-and-gun-slinging action, but because they do a great job of representing the courage, determination, and selfless sacrifice that truly define a warrior.

But as good as those classic warrior flicks are, and despite the fact that we have all come to know and love them, none of them hold a candle to my favorite, 13 Assassins. 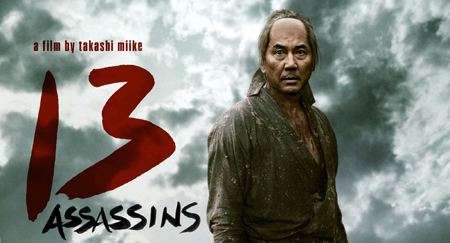 Shimada Shinzaemon: The very embodiment of the warrior ethos.

This particular masterpiece takes place in the 1840’s, about 20 years before the official end of Japan’s feudal system, wherein samurai administered Japan’s government under the rule of a military dictator known as the Shogun. Of course as we all know, the samurai were warriors by trade. By the 1840’s, however, Japan had been at peace for roughly 200 years, and many samurai struggled to find meaning and identity. What, they pondered, was to be the role of the warrior absent of war?

Amidst that backdrop, we see the action begin. The Shogun’s half-brother is the psychopathic Matsudaira Naritsugu, a thoroughly evil man who uses his high position to shield himself from consequences while he revels in rape, murder, and torture. To make matters worse, Naritsugu’s ascension to a higher position in the government appears imminent, and the consequences of his increased power would be devastating to all of Japan.

The Shogun’s Justice Minister, Sir Doi, recognizes the evil and injustice that would prevail if Naritsugu were allowed to climb the ladder and makes an executive decision to have the Shogun’s half-brother assassinated. He recruits veteran samurai Shimada Shinzaemon to take on this suicide mission. Shimada eagerly accepts the task and recruits other ronin to assist him on his mission.

I’ll stop the synopsis there and let you watch for yourself to find out what happens, but I’m not done with the review just yet.

The best part of this movie isn’t the action or the plot (though both are great), but rather the perfect example the movie gives of what it truly means to be a warrior. Of course when people think of the Warrior Ethos, courage is one of the first characteristics to come to mind. Shinzaemon’s team of samurai have courage in abundance.

Facing down death at the point of a three-foot razor blade inspires the kind of terror that robs a person of their ability to act, but movies so often fail to depict that reality. Action heroes tend to be portrayed as fearless mongoloids, but as John Wayne famously said, “Courage is being scared to death, but saddling up anyway.”

The way that courage is portrayed in 13 Assassins is much closer to reality than fiction. The film depicts the samurai being shaken during and after fights, as well as experiencing a moment or two of sheer terror. But they still stand against the enemy. When the mission begins, they understand that the odds are not good; there are 12 of them against 80 of Naritsugu’s men. Instead of allowing the fear to take root in their minds, they busy themselves with the work required to accomplish their task, they lift one another up, and they deal with the uphill struggle one step at a time. It’s very refreshing to see a movie where the heroes are human.

The character Hanbei is the assassins’ foil, the leader of Naritsugu’s henchmen, and a former classmate of Shinzaemon. When Hanbei discovers who he is up against, he becomes very concerned and describes Shinzaemon’s will to succeed:

He’s not as shrewd, not as strong. But he never gives up. Backed into a corner, he won’t budge. Won’t overplay his hand. He’s a man who beats you in the end. If Doi has picked him… then we’ve drawn the worst luck.

The characters face setback after setback, but continue to push on through it all to accomplish the mission. At one point, one of the assassins is leading the rest in some training. While two samurai struggle on the ground, he yells out:

No mercy! There’s no samurai code or fair play in battle! No sword? Use a stick. No stick? Use a rock. No rock? Use your fists and feet! Lose your life, but make the enemy pay!

Pure motivation! Is that where your head is at? If you think of yourself as a warrior, then it better be.

The single best scene in the movie is the one where Shinzaemon makes the final decision that he will accept the suicide mission to kill Lord Naritsugu. Sir Doi has one of Naritsugu’s victims brought in to show him the depths of Naritsugu’s depravity. Upon seeing the grotesque sight, Shinzaemon’s face becomes covered in a huge, toothy smile and he holds up a trembling hand while telling Sir Doi:

How fate smiles on me. As a samurai in this era of peace, I’ve been wishing for a noble death. Now fate has called me here. See, my hands won’t stop trembling. It’s a warrior’s battle shakes. I will accomplish your wish… with magnificence.

As somebody who strives to live the warrior lifestyle, I have to admit that I get goosebumps and my heart starts racing when I see this reaction because I completely understand that feeling. Shinzaemon is not smiling because of the evil that has been done to the poor woman he now looks upon, nor because he has some kind of sadistic death wish. No; he is smiling because he knows that he is finally looking directly in the face of an opportunity to expend his life for something great. He now has the once-in-a-lifetime chance to give everything he has to cut down evil in order that life may flourish. 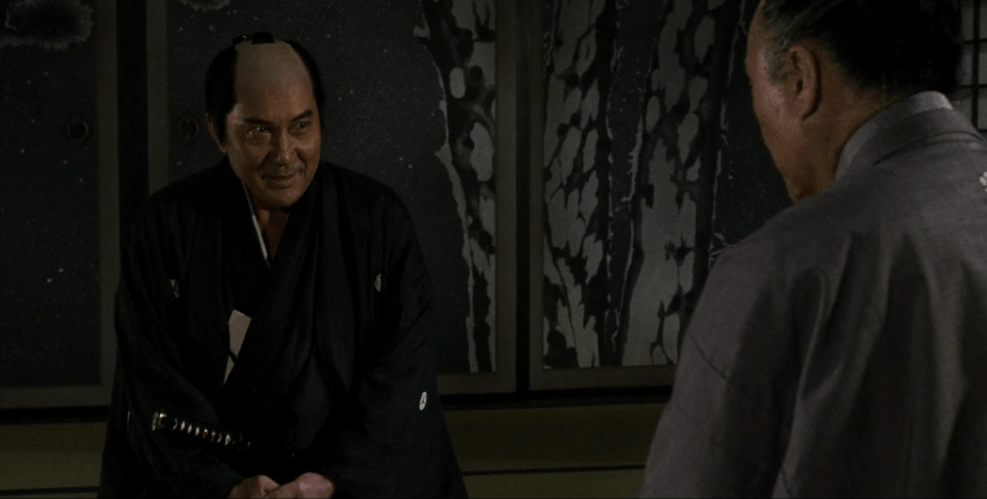 I will accomplish your wish… with magnificence.

This reminds me of an important piece of scripture: Greater love has no one than this, that someone lay down his life for his friends. (John 15:13, ESV). These words were spoken by the greatest warrior to have ever set foot upon this lump of dirt we call Earth, Jesus Christ. While 13 Assassins isn’t a Christian film, I believe that one should get truth wherever truth is found. I believe that God created us all in His image, and that we all have a certain moral compass, even if we are all fallen and sinful people. But God shows his love for us in that while we were still sinners, Christ died for us. (Romans 5:8, ESV).

Those among us who would consider ourselves warriors must remember this. As a Christian, I am called to be like Christ. And Christ gave his own life for us depraved, fallen wretches in order that we might be saved from our own evil. We must be ready to do the same: give our lives so that we may save others from evil. You see, my identity as a warrior and my identity as a Christian are inseparable, and I now write these words with tears in my eyes because I am so moved from being reminded of the example that Christ set for us. I believe that any work of art that depicts such selfless sacrifice reflects the character of God, even if it was made as a secular piece.

There is a lot more I could say about this film and how it depicts the warrior ethos: how death creates a gratitude for life, that your role as a warrior is to serve those who are under your position instead of those above it, and others. But I’m just going to go ahead and wrap things up by telling you this: if you consider yourself a warrior, or if you aspire to be a warrior – a defender of life and liberty – then do yourself a favor and watch this movie. You will not regret it.