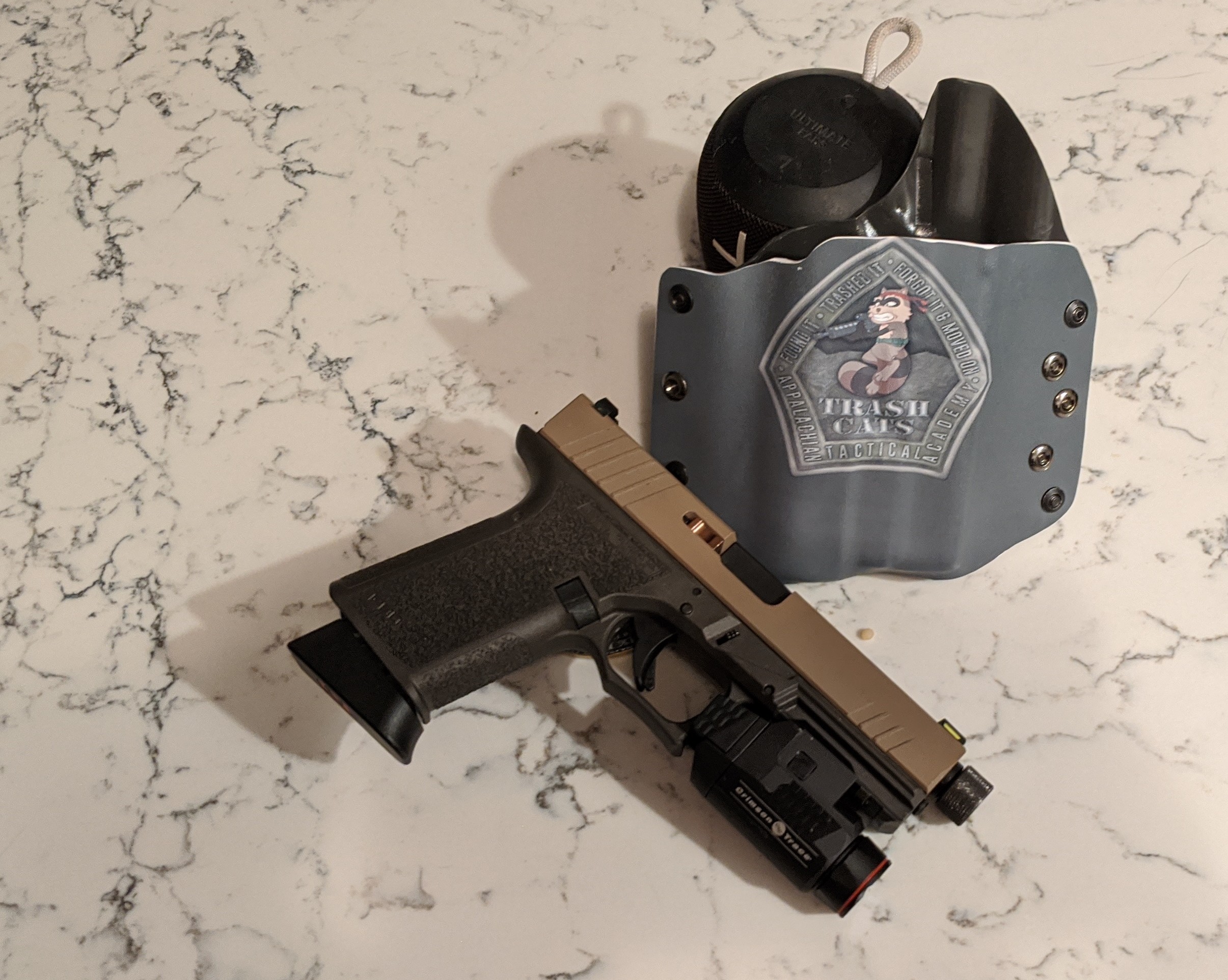 Disclaimer: I am not a gunsmith. The following is based on my personal, anecdotal, and single experience with building out a P80 frame. The following is by no means gospel, just an honest assessment of an individual experience. This is not a step by step guide on how to assemble one.

The short answer for most people…. NO. There are a lot of variables to qualify that answer. By most people I simply mean your average shooter, hobbyist, someone that probably doesn’t have a tremendous amount of disposable income and for whom dropping +$500 is a serious decision to make. I want start with a simple FAQ. The TLDR version that should provide the broad answers to the main questions I think most people have. After that there is a detail explanation of my build.

Is it cost effective? – Not really, you are not going to build one out for less than you could buy a new Gen3; or even Gen5 for that matter. If you wanted to trick out your Glock with a frame/stipple job maybe get and RMR cut, then the P80 could save you a little money, not much though. If you build it (P80) with stock parts, trigger, basic slide etc. then you will end up spending between at least $100-$200 more for that P80 to be equivalent to a stock Glock.

Is it easy to assemble? – Yes. As long as you have the necessary tools it is not difficult to assemble. It is more of a pain in the rear than I thought but it is not particularly difficult, just time consuming. I did not time it but I would say it took between an hour, an hour and a half to “mill” the frame an install the kit.

Does it shoot well? – Kind of. Depends on what slide is on. I will detail that below. In a cursory search however there does seem to be a trend of these frames preforming poorly. Short strokes, feeding issues, lots of stovepipes. My experience has thus far has fit the rule rather than the exception.

Is it ergonomic? – No. This is a very subjective assessment, and everyone is different. I have relatively large hands and the grip is pretty wide even for me. I personally prefer the grip angle on an M&P vs. Glock. P80 shares the angle of the Glock but the width is greater. It is hard to explain but if you could imagine the curves flattened on a Gen3 and fill in the finger grooves, that’s how wide it is. I’d say it is pretty similar to a .40 USP in feel.

This is the P80 long slide, chopped frame. I got what was supposed to be an OEM Gen3 frame parts kit from MidwayUsa for $65. Then ordered a Rockslide USA RS1-Venom  without vents and their threaded barrel. Glad I ordered one of their barrels because the slide will not fit any other barrel, including the stock Gen3 one. The rockslide was the cheapest after market slide that I could find, especially including the parts kit and barrel. Still though, it was over $400. I got the frame from also from MidwayUsa on sale for half off so $75. Including shipping and tax the total for this build was $570, obviously more than the cost of a new Gen3 17. So if your primary question was “Can I build this for less than I could buy one?” The answer is NO.

The actual building part is not terribly complicated. The jig makes things pretty straight forward. The most time consuming and annoying part is the milling down the internal channel and the top rail sections. I used a Dremel with various sanding/cutting heads to avoid going down too far. After that is done, time to install the frame kit. Also pretty straight forward, you can’t really mess it up. Some pins can be a pain to get started if you don’t have a smith block or jig. Other than that Glock has a great trigger design, it is no were near as complicated as a first gen M&P. I got the frame put together so now I am really excited. At this point I was still waiting on the RockSlide so I go to put on the stock Gen3 slide… It’s not going on… I can muscle it on but it is super tight, spring is no where near strong enough to pull it back into battery, literally had to hammer fist it to go forward. That’s not right… At this point I know some rails are too tight, and based on the way it was going on it’s the front rail. Are the ones just at tight? Not sure at that point. Spoiler alert it was just the front rails. Now this trash is not really P80’s fault but was a giant cause of my frustration. I break out the ol’ calipers and start measuring. Channel width is right, thankfully, there wouldn’t be any coming back if it wasn’t. Measure the rails themselves and sure enough they are nearly a full 1/16th of on inch too broad on both sides. What is this sh*t I wondered. The way they fit the frame wasn’t the issues, it was the rails themselves. Maybe it was just that kit I got, did not elect to go through the hassle of buying another one I filed down what was there. The metal was so hard it ate up all my files, ended up using an 80 grit sand wheel on the Dremel. After a lot of sanding, testing over and over finally got it to where the slide (GLOCK slide) mounted and ran (functions check) correctly.  Great. Time to test it.

There is a video on our Instagram that can be viewed here https://www.instagram.com/p/B_Q0QDFlzpO/?utm_source=ig_web_copy_link This was the best result I have ever had out of this, ironically enough. Every other mag has had at least one malfunction. Oddly enough it operates better when you release the trigger quickly, don’t ride it to the reset. The reason I say this is odd is I have had issues with an apex trigger on an M&P that behaves the same way. At this point there’s still a high failure rate, some kinks to work out, but it works more often that not. I consider that a win considering what a nightmare it has been.

Now the Rockslide arrives, and with it comes an entire new set of issues. Awesome. Try to mount it and it’s just as tight as the original Glock slide was at the beginning of this mess. That was disconcerting. I file down the rails again until it mounts properly. Time to test fire with this slide. Every. Other. Round. Fails. Short strokes, not going into battery, stovepipes. Why was this happening? To be perfectly honest I do not know. I have been to annoyed to investigate it further at this time.

The long and short of it is: It looks kind of cool, which is half the battle, but I can’t say I would do it again nor would I recommend it to any of my friends. It simply is not worth the hassle. It may be worth the hassle if it was exorbitantly less expensive then maybe, but it’s not. Not even close. Just buy a real Glock and trick it out to your liking. 3 out of 10