WAKE UP! Normalcy Bias Will Get You Killed! 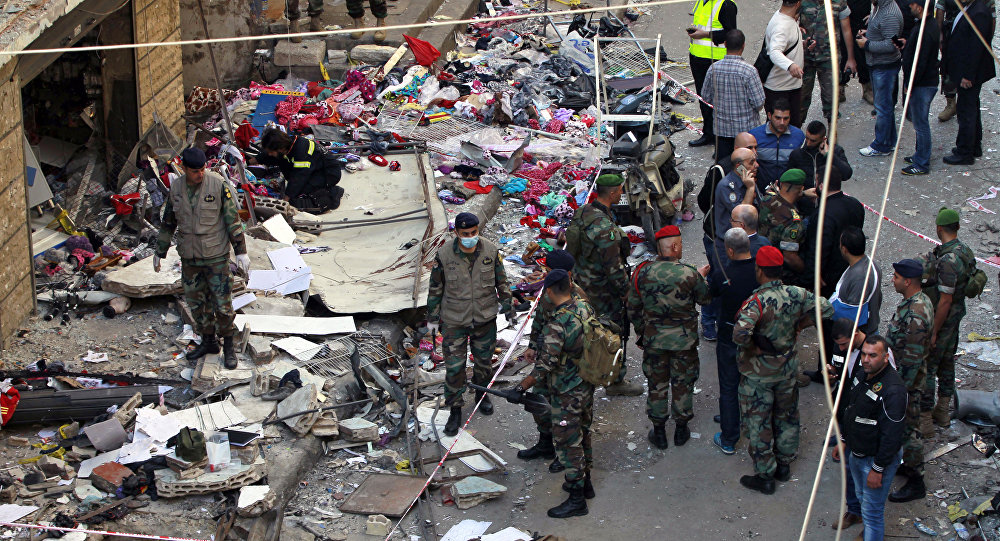 Let me tell you a little story: I have a long commute to my day job, and so I’ve taken to becoming a huge fan of Podcasts. If you don’t know what a Podcast is, then think of it as a pre-recorded radio show that you download as an .mp3 file and listen to at your leisure. Most of the podcasts I listen to are (not surprisingly) gun/training related. I listen to one particular Podcast (which I won’t name) that is hugely popular – like over a quarter million fans on Facebook popular. This Podcast is great; the host has done a lot of legit training, and most of the material he covers on the show is based around real training for real fights instead of lame crap like who is making the coolest .22lr plinker right now. Early on in July 2016, during the middle of a lot of BLM “protests”, the host posted a picture to Facebook of his .300 BLK AR Pistol tucked between his driver’s seat and center console with the following comment:

“Never in a million years did I think I’d be able to envision a scenario where this seemed a reasonable precaution, but there’s “protests” scheduled in my city tonight, I have to be in the area because of the show, and the world is changing.”

Now keep in mind who this guy is: He has logged thousands of hours of training with legit, highly-respected training professionals at the top of their fields. He hosts a radio show about training for real life-and-death gunfights. He carries guns and spends a lot of time considering these issues as well as practicing his skills.

But somehow, “never in a million years did [he] envision a scenario” where having a rifle in his car “seemed a reasonable precaution”.

What!? Am I taking crazy pills? Here is a guy who has dedicated his life and profession to dealing with violence from armed aggressors, and he was somehow blindsided by the notion that things could get bad enough to warrant carrying a rifle on his commute to work. At least he did [partially] wake up to the problem. Still, as responsible, dedicated Armed Citizens, we really need to examine what’s at work in this man’s head so that we can avoid falling into the same trap.

So what was at work in this man’s head? In the psychology world (I have a BA in Psychology, by the way, which qualifies me to ask, “Why do you want fries with that?”), we call that sort of blindness to the obvious normalcy bias. What is normalcy bias, you ask? Well let’s consult the bottomless well of knowledge known as Wikipedia for an answer to that question:

The normalcy bias, or normality bias, is a mental state people enter when facing a disaster. It causes people to underestimate both the possibility of a disaster and its possible effects. This may result in situations where people fail to adequately prepare and, on a larger scale, the failure of governments to include the populace in its disaster preparations.

The assumption that is made in the case of the normalcy bias is that since a disaster never has occurred, it never will occur. It can result in the inability of people to cope with a disaster once it occurs. People with a normalcy bias have difficulties reacting to something they have not experienced before. People also tend to interpret warnings in the most optimistic way possible, seizing on any ambiguities to infer a less serious situation.

In other words, normalcy bias is a mental state where a person denies the reality of how bad a situation really is, despite obvious evidence that NO, things are NOT alright.

Normalcy Bias Will Get You Killed

In her book, The Unthinkable: Who Survives When Disaster Strikes – and Why, journalist Amanda Ripley (no not the daughter of Ellen Ripley and heroine of Alien: Isolation) gets into the nitty-gritty of what people do in disasters and why. The short version: most people will freeze up and do nothing because of normalcy bias. Unfortunately, I have not had the pleasure of reading Ms. Ripley’s book, but I have read her 2005 Time Magazine article entitled How to Get Out Alive, which covers the same topic. Any references I make to Ripley’s work come from that article.

Take a look at some research that Ripley pulled from a National Institute of Standards and Technology (NIST) Study about 9/11. The data was drawn from interviews of about 900 WTC survivors.

• The folks who made it out waited an average of 6 minutes after impact before they started leaving.
• Many did things like call relatives or shut down their computers before evacuating.
• Out of those who perished, approximately 135 theoretically had access to open stairwells and enough time to use them but never made it out.
• Those who did escape took twice as long to get down the stairs as the building codes predicted.
• At least 70% of people “checked in” or consulted with other people before beginning their evacuation.

Does that seem like sane behavior to you? Does that seem like what you would do if a plane had just crashed into the skyscraper that you just so happened to be currently occupying? You might want to say no, but statistically speaking, the answer is yes. According to Ripley’s research, in a crisis situation people will usually fall into one of three groups:

One of the biggest reasons for being overwhelmed by normalcy bias is the presence of what psychologists call novel stimuli, which is really just a fancy term for “encountering something you’ve never seen before.” Remember this sentence from our Wikipedia definition of normalcy bias: “The assumption that is made in the case of the normalcy bias is that since a disaster never has occurred, it never will occur.”

We’ve all heard of the fight or flight reaction, but the truth is that “fight or flight” is an incomplete picture of our mental reaction to stress. There is actually a third option, and that is the freeze response. The presence of novel stimuli has a profound effect on our likelihood to freeze instead of fighting or fleeing.

Now with all that said, normalcy bias and the freeze response aren’t exactly the same thing, though I theorize that they’re very closely related. Generally speaking, when I think of normalcy bias, I picture the person like our friend above that never thought there would ever be a situation where packing a rifle out in public would be a prudent move. I tend to think of normalcy bias striking when your environment is changing, but you’re not in immediate danger. The freeze response, on the other hand, is when you’re in the middle of the crap right now and you become overwhelmed by events and shut down. In either case, I believe that the fundamental cause of both is the presence of novel stimuli that cause the mind – on some level – to think, “This can’t really be happening because it’s never happened before.”

So how do we get past normalcy bias? How do we overcome the freeze response when faced with a time-compressed life-or-death situation? In my opinion, the answer involves reducing the amount of novel stimuli that you might encounter. The way that we do this is to acquire as many different experiences as possible. Now that’s pretty vague – it’s a pretty tall order to say “acquire as many different experiences as possible.” Obviously, going to see the Trans-Siberian Orchestra perform in Carnegie Hall is quite the experience, but it’s totally irrelevant to surviving a gunfight or getting out of a burning building.

The way that you overcome the effects of novel stimuli is to acquire a thick “file folder” of relevant experiences. I’m going to suggest a few things you can do to make that happen.

Terror at Beslan describes a horrific attack executed by missionaries of the Borg against Russian schoolchildren. This will be repeated.

You Have the Information – Now Act On It!

So now you know, and as G.I. Joe said, “knowing is half the battle.” There is still a whole other half of the battle to win, though, and that is the battle of willpower that compels you to action. It’s one thing to know, but quite another to do.

Listen: If you are sitting here saying to yourself, “Wow! This is really good information about all this normalcy bias stuff! Sure am glad I know it. Now I’m going to go back to playing fantasy football and wait for the next amazing article or YT video to come down the pipe from ATA”, then you have completely missed the point of this post. You have the information, now get up and actually act on it. Start with those steps that I outlined above. Four of those things don’t even require you to leave your home, but the fifth one is the most important one for you to actually execute. Reading, studying, and mentally rehearsing are awesome things to do, but nothing will take the place of actually learning and executing physical techniques.

Remember that at ATA, we offer this sort of high quality tactical training for Armed Citizens. We want decent, hardworking patriots to be able to take care of themselves when the crap hits the fan and not freeze up or come down with a terminal case of normalcy bias. Unfortunately we don’t offer force-on-force scenario training (yet), but we do offer the live-fire classes that you will need to learn critical lifesaving skills. Click the buttons below to get more information on our classes, to view our 2016 training schedule, or to sign up for an ATA tactical training course.

And as always: Be good. Be dangerous.