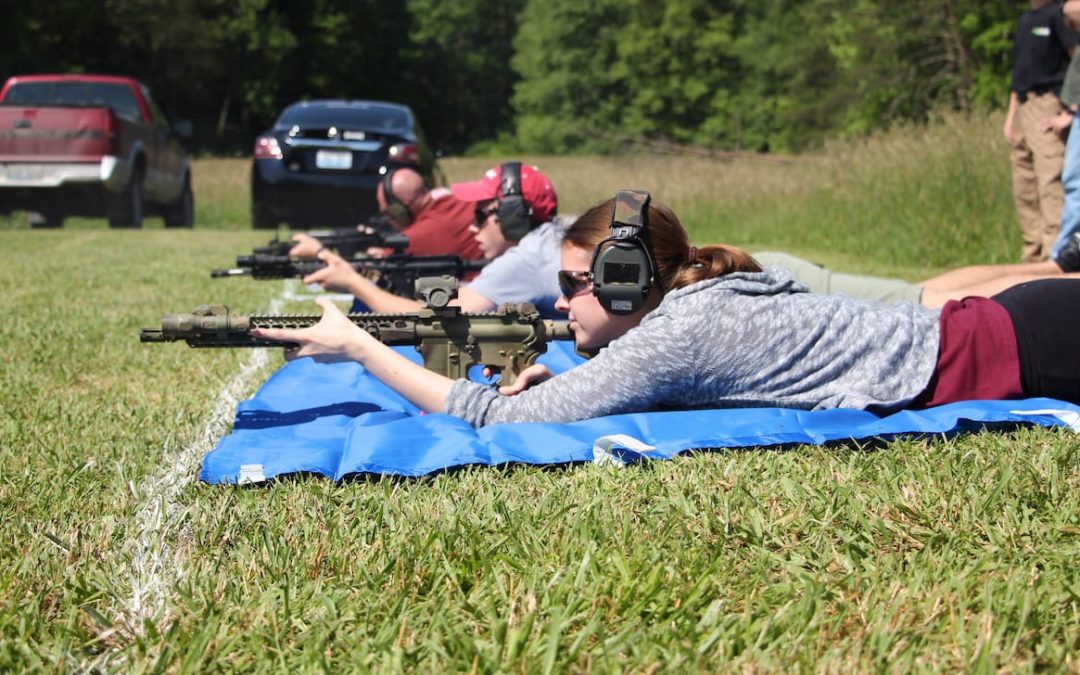 [This review comes to us from Bryanna, a 20 y/o lady who had never once in her life fired a gun before coming to train with us at ATA. She was a fantastic student and did extremely well in the class.]

My name is Bryanna. Before taking the ATA Rifle 1 class, I had never shot any kind of gun before. To be honest, I had never even really held any guns or been taught any kind of safety and defense techniques to use while handling them. The only things I had really heard were mostly obvious rules like not aiming the gun at anyone or anything that you don’t want to shoot.

I decided to take the ATA Rifle 1 class for several different reasons. For one, I am a pretty small girl with very little muscles. In a self-defense scenario, I would pretty much be helpless without any kind of firearms for me to use. That being said, I needed to know the correct ways to handle a gun in order for me to safely defend myself and others from harm. I was a bit hesitant to take the Rifle class without having any previous training or knowledge in handling guns. However, I had been in contact with Josh about this and he assured me that there wouldn’t be anything that I couldn’t handle. I quickly learned that he was absolutely right! I was in a class with several others who were trained and quite good at handling firearms and I had no problems keeping up with the class!

Overall, Josh was an amazing teacher as well as an amazing shooter! He was very professional and the kept a family-friendly environment throughout the entire day. He was very aware of my lack of training and education on handling guns and was very patient and helpful with me as I progressed through the day. I learned so many safety and self-defense tips and can honestly say I feel comfortable handling a Rifle if need be. I would absolutely recommend the Rifle 1 class to anyone, even beginners! I would definitely take this class again and plan to take some of the other classes that are offered!

[There you have it: a “pretty small girl with very little muscles” and no previous firearms experience had the courage to come out and train in a new skill alongside several intimidating strangers who already had some level of training and knowledge. She had a great time, learned a lot, and built a lot of confidence. What’s keeping you from training?]