Update: Information About Training with ATA 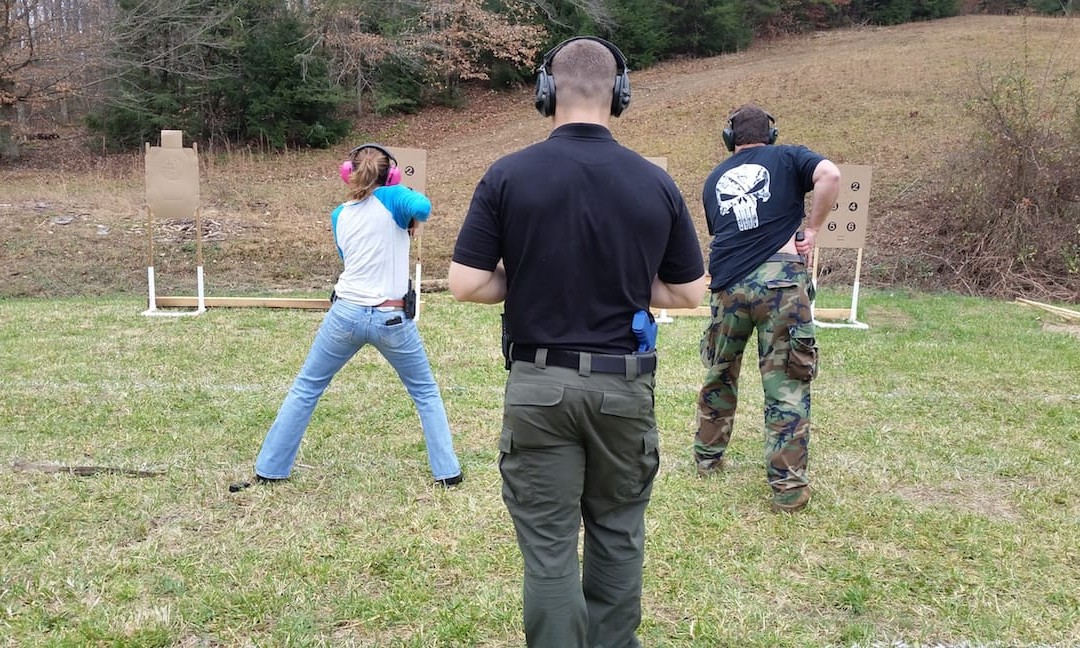 This is an updated repost of an earlier article, “Information About Training with ATA”. I have added some information about our ATA Rifle I class and cleaned some things up. Read below to find out what our classes are all about, and then sign up to come out and train this year.

I’m writing this post because I’ve seen a lot of questions floating around and just general misunderstanding of what ATA training is all about. I’ve posted some student reviews of ATA Pistol I and ATA Pistol II in order to help give you an idea about what you’ll learn in those classes, as well as the kind of experience you can expect. I’m writing this post to clear up any misunderstandings and better explain, in my own words, what our classes are all about and what to expect when you come to train with us.

The first thing I want to address is the sort of pistol and pistol gear that you should use in training. The class is designed to teach you how to fight with a semiautomatic duty-style handgun. What I mean by “duty-style” is the sort of pistol you might see a police officer carrying – in other words, a full-size or compact semiautomatic pistol, one that holds somewhere from about 8 to 18 rounds in the magazine.

I know that a lot of you might carry teeny tiny little pocket guns. I totally believe in training how you fight, but we have to balance that against the reality of the way that the class actually works. In ATA Pistol I, you will shoot 300+ rounds through your pistol. In ATA Pistol II, you will shoot more like 500 rounds. What that looks like is that students get up on the firing line with their loaded pistols and at least two spare (loaded) magazines. Students then shoot their way through drills until their magazines run empty, and then the class takes a break to refill magazines while I demonstrate the next technique. If you’re shooting a 5- or 6-shot revolver, or a .380 pocket pistol for which you only have one 6-round magazine, then you can see how tedious that would become for you.

That’s one of the main reasons that I say no pocket guns allowed; I won’t slow down the whole class for one student, so it’s up to you to make sure you can keep up with the class. You really need to have the ability to carry about 40 rounds or so on your body, ready to go. That would mean a 6-shot revolver plus about five or six speedloaders or having about four or five total magazines if your gun holds less than 10 rounds. For regular duty-style handguns with double stack magazines, you need three magazines. I would probably allow somebody to shoot a gun as small as a S&W Shield or a Springfield XDS in the class, but at that point, you would probably be spending a lot more money to buy the spare magazines for it than you would to just rent one of our rental pistols, which come with all the support gear you need.

We do currently have three rental pistols available for pistol classes. If you don’t own a suitable handgun, don’t wish to drop $100 on extra speedloaders or magazines, or you don’t own a pistol at all, then we have you covered. The guns are available on a first-come first-serve basis. If you need a rental gun, then let us know as soon as you plan to sign up.

The three rental guns we have are a Glock 19 (9mm), a TP9V2 (9mm), and a H&K USP (.40). Each gun comes with a holster, double magazine pouch, and three magazines. As always, bringing the ammo is your responsibility. You can shoot any factory-loaded (not reloaded or remanufactured) ammo through our rental guns. The cost for the rental gun & gear is $30+sales tax added onto the cost of your class, due at the time you pay the deposit.

We also now offer a tactical rifle class: ATA Rifle I. This class is designed to teach the student how to use his or her semiautomatic tactical rifle (aka: “assault rifle”). AR15’s, AK’s, SCAR’s, and any number of other magazine-fed semiautomatic rifles are appropriate for this class. This particular class focuses on close-range shooting, so pistol caliber carbines (semiauto rifles chambered for pistol rounds) are also fine for this class. If you bought your first AR or AK during the gun and ammo panic of the past few years, then this class is for you. If you have owned one of these rifles for a while but have never gotten any training with it, then this class is for you. Click the link below for more information.

What the Classes Involve/What Physical Fitness Level is Required

As  I said previously, both ATA Pistol I and ATA Pistol II have you shoot up the ammo you’re carrying in the process of doing drills with you then taking a break to refill magazines and get additional instruction before we go back up to the firing line and continue to shoot.

ATA Pistol I is a blend of about (3) hours of classroom instruction and (5) hours on the range. During the range/shooting portion, you will be up and moving around a lot, but we take breaks and there is nothing you have to do that is physically demanding. Basically, if you can be up and moving around on your feet for (5) hours with plenty of opportunities to take a break thrown in, then you are in good enough shape to take the class.

ATA Pistol II is only slightly more physically demanding. In that class, we are on the range for about (7) hours with only about (1) hour spent in the classroom. Part of Pistol II involves having to get down on the ground and then get back up, but I’m not talking about doing crazy rolls or diving down onto hard concrete or anything. We just fire some drills from less-used positions like laying on your back or prone. ATA Rifle I is very similar to Pistol II, in terms of physical fitness requirements.

If you are disabled or injured, then we can probably still accommodate you. In the first Pistol I class, we had a student with a broken foot and one who was just recovered from knee surgery. As long as you’re willing to fight through whatever it is that tries to hold you back, then I want to train you.

Our attitude as training cadre: We will always treat you with respect. We don’t go around cussing, and we don’t treat you like it’s boot camp. Now with that said, we will also be honest with you and let you know when you’re screwing up. You’re paying us to teach you the right way, after all. So we’re going to do our job and teach you. I’ll joke around with you when you do something silly (don’t worry, I’ll do something stupid, too), and I may raise my voice if somebody is putting others in danger, but we will always treat you with respect.

Your attitude as a student: I can’t train somebody who already knows everything, and I can’t train somebody who isn’t willing to take a little constructive criticism. Don’t worry if you can’t shoot; we are going to teach you how to do that. Don’t be nervous about “holding up the class” or that others might look down on you; I’ve been doing this for a while and I promise that you’ll be just fine. As long as you show up with a good attitude, willing to learn, then that’s what counts. I would rather have a student who has never shot a day in his life but has a great attitude than some kind of high-speed ninja operator with a bad attitude.

Kentucky CCDW Permit/Difference In Our Classes and the CCDW Class

Our ATA Pistol I class gets you all set up to get your Kentucky CCDW permit, if you don’t already have it. Here is how it works:

Before 2015, if you wanted to get your Kentucky CCDW permit, then you had to take the DOCJT training course, commonly called the “Concealed Carry Course.” Starting in 2015, Kentucky opened the door to other training to be eligible for your to get your permit. Our ATA Pistol I class is one such example of this “other training”.

Whether you take the DOCJT Class or our ATA Pistol I class, the result is the same: you will get a training certificate at the end. You can then take said certificate to your local sheriff’s office, or upload it onto the Kentucky CCDW web portal to apply for your permit. As far as the State of Kentucky is concerned, our certificate is just as good as the DOCJT one.

So what is the difference in ATA Pistol I and the regular DOCJT class? Well what is the difference in a Cadillac and a Chevy? Pistol I is much higher-end training than the DOCJT course. In the DOCJT course, you basically get the state law about deadly force and concealed weapons read to you, you get a little info on gun safety, you take apart your gun to clean it, and you fire 20 rounds. In ATA Pistol I, we teach you in the classroom about marksmanship, gun safety for the real world, and legal considerations. We also get out on the range and shoot 300-400 rounds while you learn critical skills like how to draw your gun, how to clear malfunctions, one-handed shooting, shooting on the move, etc.

Is our class right for you? That really just depends on your goals. If all you want is your permit, then you can save a lot of money and effort by taking the normal DOCJT course (we recommend Kentucky Outdoorsman in Southeastern KY and Performance Edge in Central KY). If you really want to learn to defend yourself with your handgun, have a lot of fun, and get your permit all at the same time, then you should really consider our ATA Pistol I class.