Why No Pocket Pistols for ATA Classes? 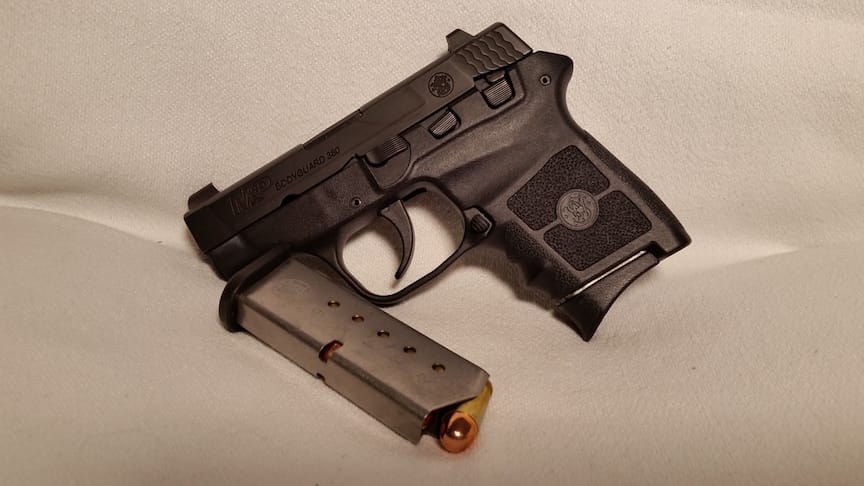 If you look on the class description pages for ATA Pistol I + KY CCDW, ATA Pistol II, and ATA Rifle I, then you have probably noticed that the gear list calls for a duty/service-style handgun and then goes on to specify no pocket pistols. You will also note (if you’ve been following my stuff for any amount of time), that I don’t believe in “range guns” – in other words, I think that you should train with the gear that you carry, and carry the gear that you use for training. A lot of people carry small guns for self defense, so what gives? Why the apparent inconsistency here?

It all boils down to training value. When students show up to an ATA class, I want them to get the most out of if that they possibly can. Shooting a pocket rocket is not a good way to do that. Some time ago, I wrote a post called Information about Training with ATA where I describe how our classes run. Here is a relevant excerpt from that post:

I know that a lot of you might carry teeny tiny little pocket guns. I totally believe in training how you fight, but we have to balance that against the reality of the way that the class actually works. In ATA Pistol I, you will shoot 300+ rounds through your pistol. In ATA Pistol II, you will shoot more like 500 rounds. What that looks like is that students get up on the firing line with their loaded pistols and at least two spare (loaded) magazines. Students then shoot their way through drills until their magazines run empty, and then the class takes a break to refill magazines while I demonstrate the next technique. If you’re shooting a 5- or 6-shot revolver, or a .380 pocket pistol for which you only have one 6-round magazine, then you can see how tedious that would become for you.

That’s one of the main reasons that I say no pocket guns allowed; I won’t slow down the whole class for one student, so it’s up to you to make sure you can keep up with the class. You really need to have the ability to carry about 40 rounds or so on your body, ready to go. That would mean a 6-shot revolver plus about five or six speedloaders or having about four or five total magazines if your gun holds less than 10 rounds. For regular duty-style handguns with double stack magazines, you need three magazines. I would probably allow somebody to shoot a gun as small as a S&W Shield or a Springfield XDS in the class, but at that point, you would probably be spending a lot more money to buy the spare magazines for it than you would to just rent one of our rental pistols, which come with all the support gear you need.

So that’s one of two big reasons right there: it holds back your participation in class. Most people just aren’t going to buy 5 extra magazines for their S&W Bodyguard .380, and I don’t blame them. I own a ton of magazines for my fighting rifles and full-size pistols, but I just don’t have a great reason to own more than two or so for my tiny backup pistols. If all you have is a pocket gun, then it would probably cost you less money just to rent one of our rental guns (comes with all the mags and gear you will need) than it would to buy another 4 or 5 magazines. Also, have you ever stuffed 300+ rounds of ammo into tiny magazines? It sucks. Your fingertips will be bleeding at the end of the day.

Furthermore, have you ever fired 300+ rounds out of your pocket gun? It’s really unpleasant, not that training is necessarily supposed to be pleasant. But the fact is that if something sucks, then a person is pretty unlikely to actually do it. That brings me to my next point: it is FAR easier to learn how to fight with a full size pistol than with a tiny gun. Duty-sized pistols allow you to get both hands on them and run them right. When learning the drawstroke, reloads, malfunction drills, and one-handed manipulations for the first time, you need to focus on just that: learning. When using a full-size gun, you can stop worrying about how unpleasant the recoil is or how tiny the controls are and just focus on absorbing the information.

What you learn with that full-size gun, you can then take home and practice with your pocket pistol. ATA training classes teach you what you need to know, but it’s on you to take that information home and actually practice it. About 90% of what you will learn at an ATA class can be practiced with an empty gun. So come and take the class with a duty-size handgun, then go home and practice with your carry piece. Do the drills dry, and then when you can get out to the range you can do the live-fire work with your pocket rocket.

And speaking of training, don’t forget that we still have spaces in our top-notch pistol and rifle classes. If you’ve ever taken a CCW class, an NRA basic class, or been to an Appleseed shoot, then our classes will be a breath of fresh air for you. ATA classes are heavy on the range time and we will have you shooting lots of dynamic, realistic drills to help get you ready to defend yourself with a gun. Even if you’ve been shooting your whole life, it’s probably unlike anything you’ve ever done before. Click the buttons below to learn more about our classes, view the training schedule, and sign up for a course.