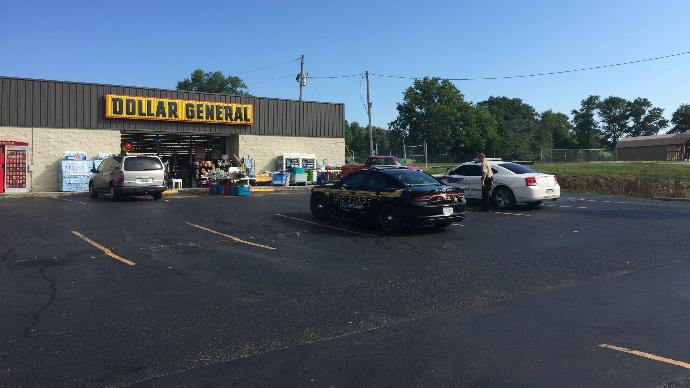 I’m writing today to tell you something very important. For the context, go read this news story: Sheriff: Man robs dollar store, ties up customers. If you don’t have the time, then I’ll go ahead and tell you the pertinent details: A man armed with a gun robbed an Annville, KY Dollar store on Tuesday night. He had been in the store for a while before he put on a mask and then robbed it at gunpoint. During the course of the robbery, he tied up five customers using zip ties. Thankfully, nobody was killed or seriously injured.

Are you a warrior?

At ATA, we’re in the business of making Citizen-Warriors out of those who have the fire within to fight back against this kind of darkness. We do it because we believe that enough is enough. Good people shouldn’t have to live their lives in fear of those who do evil, and it’s up to each one of us as individual Citizen-Warriors to ensure that vision becomes a reality. Do you share this desire? If so, then let me tell you what I think about this whole event.

I don’t think that it’s always the right call to skin out your piece and start cranking off rounds during an armed robbery in progress. As much as you might burn with righteous anger that somebody would do something like this, you have to weigh that anger against your better judgement. How is this all going down right now? Does it really seem like the badguy just wants to get the cash/merch and leave without hurting anybody? Well then you should probably let him do just that; cash isn’t worth human life and that’s why we have insurance. Sure, you’d like to teach him a lesson, but that’s not why Citizen-Warriors exist. Always consider that it is entirely possible to make things worse when you start spraying lead all over the landscape.

But when somebody starts taking away your mobility (in this case, zip-tying bystanders), then hear what I say now: It’s time to fight. It’s fine to decide not to fight if that’s your decision based on your best judgement. But when somebody attempts to rob you of your ability to fight, things are very likely about to go from bad to worse – much worse. Most often, a badguy is taking away your ability to effectively fight or run because they intend to do something bad to you. DO NOT LET THIS HAPPEN. Establish your line in the sand RIGHT NOW. When will you start shooting in an armed robbery situation? My answer is this: whenever it looks like it’s about to turn violent, or whenever the badguy decides to take away my mobility. Think it through TODAY and come up with an answer to that question for yourself.

It worked out for these people this time. But trust me: you don’t want badguys to take away your mobility.

A note on situational awareness and decisiveness

One other key lesson from this one: educate yourself on what to look for, keep your head on a swivel, and don’t be afraid to take action if you see something that stands out over your baseline. If you read the story or watch the video, you’ll see that the LEO stated the man was in the store for a long time before he put on a mask and started robbing the place. Without having seen the security footage for myself, I can tell you that the dude was probably acting pretty squirrely before the bad stuff went down. What’s more: I bet that somebody in that store noticed him acting fishy, too.

When something makes your neck hairs stand on end, you need to take action. I don’t necessarily mean that you need to whip out your roscoe and start filling somebody full of lead, either. Do some tactical maneuvering: move yourself to a position where you can watch but not be seen, come up with a game plan for what you will do if the person you’re watching makes some kind of move, maybe just go ahead and remove yourself from the situation (especially if your family is with you). If you want to be a Citizen-Warrior, then act like one; pay attention and take action. It’s up to you to lead in these situations. So step up and do so.

Be a warrior. Protect what’s yours. Do what’s right.