Burglaries in the United States are far more common than the average citizen would like to imagine. Even more unsettling, the vast majority end without any arrest let alone prosecution. Today, I hope to show you a few things you can do to harden your home against would-be burglars. Now why should you listen to me? My father is a General Contractor, and during my time in high school through and out of college I worked both for myself and subcontractors as a carpenter. The Home I grew up in embodied the four D’s of home protection without me ever realizing it. Therefore I have both real world experiences in implementing the following suggestions, as well as the knowledge in the utility of these concepts. This article is intended to provide cost effective and efficient ideas for ensuring the security of your loved ones as well as your property. Home fortification is often broken down into what is known as the Four D’s. Deter. Detect. Delay. Defend. In that order. The goal of the Four D’s is simple; keep people you don’t want on your property away from it.

The Bureau of Justice Statistics states that an average of 3.7 million burglaries occur in the United States annually. This is most likely lower than the actual number because many home invasions that turn violent are often filed under more serious felony charges and evade modern data gathering methods. Most of these break-ins occur during the day, between 10 a.m. and 3 p.m. Roughly 30% of thieves enter the dwelling through an unlocked door or window. FBI crime reports state the average dollar value in property lost is $2,251 (this number does not include property damage). 28% of robbers encounter a resident during the act, and more often than not when a criminal comes across a resident during a home invasion they turn violent. This is precisely why the safest place for your handgun is on your body. Another surprising fact, directly from BJS report, is the most victims know their burglars: “Offenders were known to their victims in 65% of violent burglaries; offenders were strangers in 28%” (BJS, 2015).

If you want to prevent an brigand from laying siege to your castle, the short version is don’t make it easy for them. A study by UNC Charlotte found that 60% of burglars are dissuaded from breaking into a home if there are signs that a home security system is in place. The issue with installing a system that has 24 hour monitoring is that they are very expensive. You have to front the cost for all the equipment & installation, and then there is a monthly service charge that often exceeds $100. Nothing in this world is free but what follows are suggestions to increase your safety without draining your savings. This article is geared towards beefing up your property (Deter, Detect & Delay), but Josh has also written before about the fighting aspect (Defend).

Disclaimer: I used to be a carpenter, but I am not your carpenter. The following advice will not apply to every individual, as modifying your door frame could adversely affect the swing of the door.

The key takeaways here boil back down to the Four D’s: deter, detect, delay, defend. In principle, all we are trying to do is dissuade people from thinking this is a good home to break in to. If they decide otherwise, we will be alerted to their presence and can handle them accordingly. You still need to look up your state’s laws on defending yourself against home intruders, but most southern states have adopted some version of the castle doctrine which gives more legal protections to the homeowner/occupant in the event the use of force becomes necessary. The best fight, however, is the one you avoid. So employ these tips, and do whatever else you can to deter a badguy from choosing your house. If he’s going to try it anyway, then your plan should alert you to his presence and delay his entry while you hunker down, call for help, and prepare to defend. Finally, always remember the safest place for your weapon is on your body. 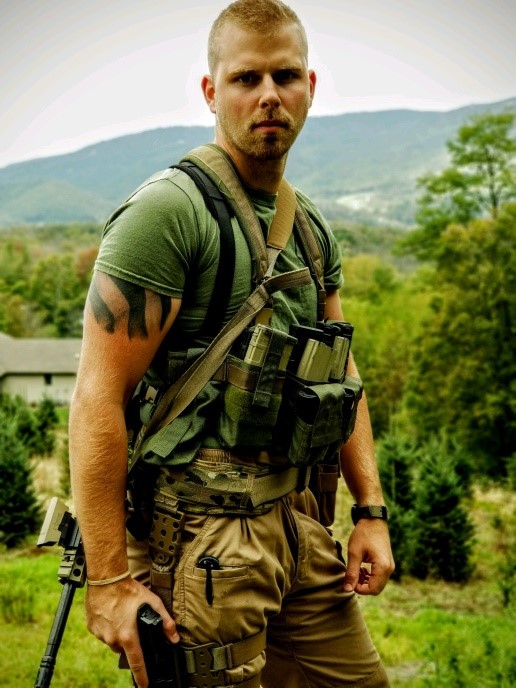 About the author: Dillon Gentry served as an infantry rifleman in the Marine Corps for six years. He did pretty good at that, so his boss made him a squad leader. Dillon has quite a few skills under his belt, from building houses to working with leather. He is currently the owner and operator of Stromer Concealment, where he builds custom kydex holsters and accessories.