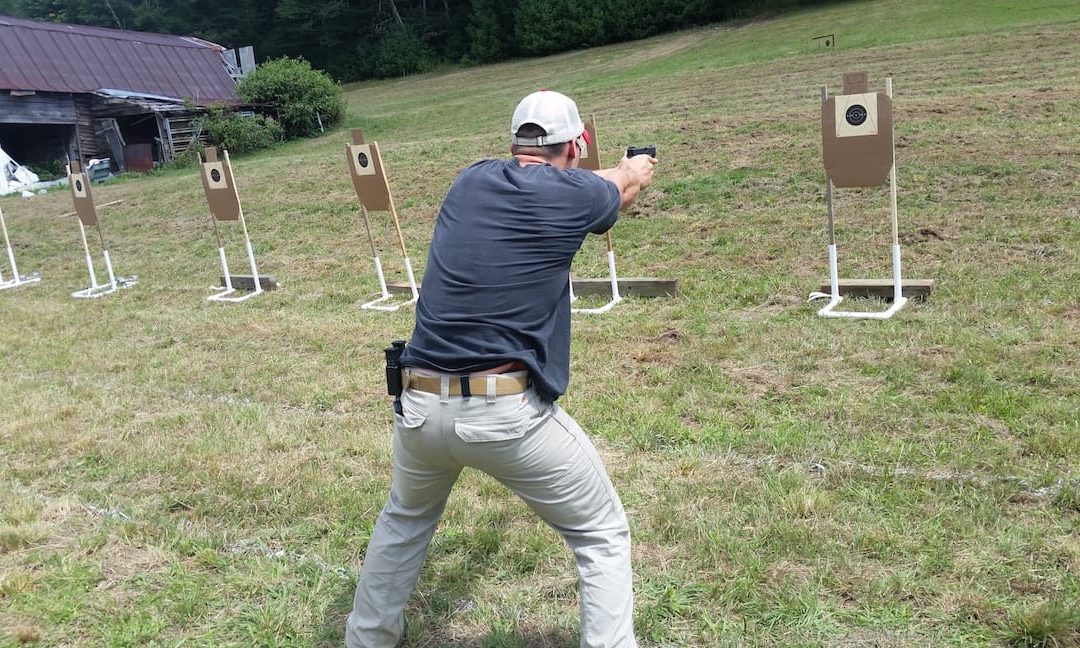 [The gunfighter that wrote this review is a Sergeant in the Marine Corps Reserve. I’ve had the opportunity to work closely with him for a period of more than a year, and I can say that he’s one of the most squared-away Marines I’ve had the privilege to stand beside. He’s a phenomenal squad leader, a physical specimen, and a Christian Warrior. Read below to see his thoughts on ATA training.]
A few weeks ago I had the opportunity to take part in the Pistol I class given by ATA. A few years ago I took  my CWP class for the great state of North Carolina, and other than going to the range every so often, had not done much in-depth training to become proficient with my handgun.
Much of what I had practiced on my own time was just working to accurately hit the bullseye on my range target. And part of that reason is because some gun ranges are pretty strict about not doing a draw to engage combatively. Well, not so in this course.
We were ENCOURAGED to be aggressive and take it to the “enemy”. And while we were encouraged to do as such we received instruction on how to efficiently engage a threat. We did not just sit around in a class room and take suggestions and pose a bunch of “what if” questions. We had actual range time, which was very good.  Each of the students received personal instruction from Josh and Brooke (owners and instructors of ATA). I would say its safe to say we spent maybe 1-2 hours sitting and being instructed. The other 6-7 hours were spent out on the range putting into practice what Josh was teaching us as we were on the firing line.
Even in a non-combat environment, when you’re surrounded by other alpha males, you want to beat them and prove you’re the best. Which can lead to bad habits. We were challenged to relax and to practice the concepts we were being taught.
When I left the class that day, I had:
1. Gained more self confidence in my handling of a pistol.
2. Gotten a grasp on shooting while moving.
3. Learned about legalities and certain wickets that must be met to justify self-defense.
(On a side note, ATA does not claim to be lawyers. They are teaching self defense and how to be a competent armed citizen! They are doing their part so If you’ve got legal questions consult your lawyer)
I was and am very grateful to have been a part of Pistol I and I look forward to taking part in the the other classes they have to offer!