Basic Training: Where Do I Start? 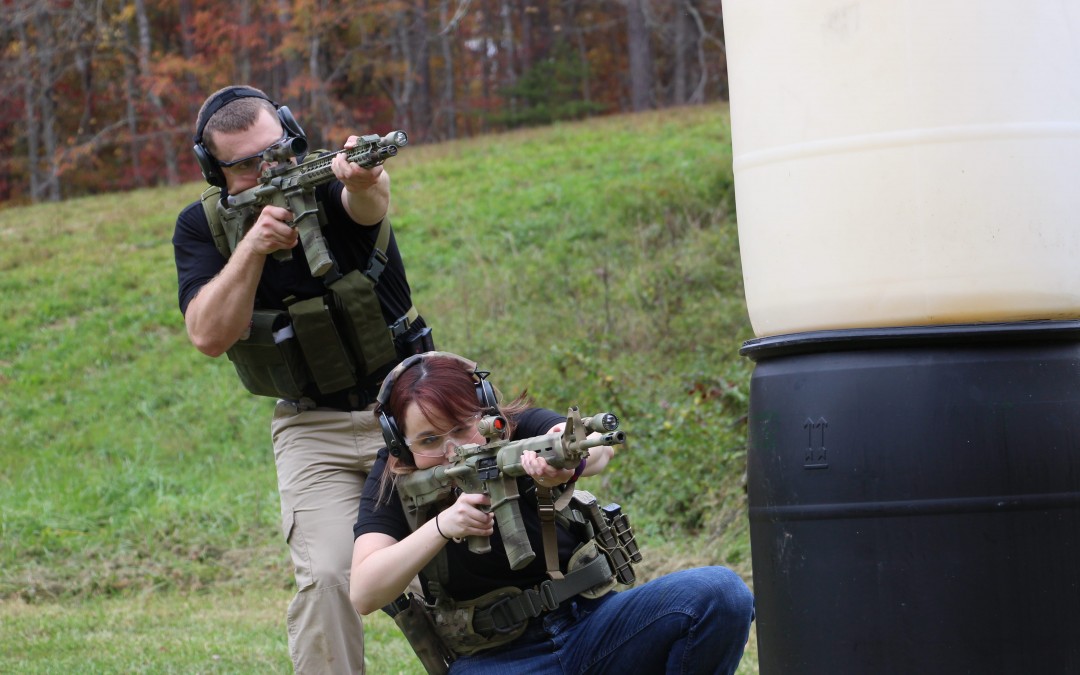 If you’re reading this article, then you’ve probably already acknowledged that bad things can happen to good people. You already understand that emergencies don’t come with a warning, and that when things get bad, you only have yourself to rely on in that moment. So maybe you decide to go out and buy a gun, or first aid supplies, or any number of other things a person might need in an emergency. If you’re like a lot of Americans, maybe you get a new gun and take it to the range, put a few rounds through it, and then store it away someplace safe. Maybe you don’t even do that – maybe your shiny new gun goes straight from the store to storage. You say to yourself that someday you’ll get it out and practice with it, but time goes by and you just forget it even exits. Then one day, something happens that brings it back into the fore of your mind. You’re cleaning under your bed and notice a hard plastic case. You pull it out and realize that it’s that pistol you bought a few years ago. You open the case to look at it and then it occurs to you: I really don’t even know how to use this thing.

It gets complicated because you really don’t know where to go for that guidance – should you ask your coworker that hunts? Your uncle who fought in Nam? Do you go to some kind of professional instructor? Which one do you go to? How do you know he’s actually good at what he does and knows what he’s talking about. You don’t want to have the Napoleon Dynamite experience and learn the Rex Kwon Do version of shooting. You don’t even really know what type of training you need. In reality, you don’t even know where to start. 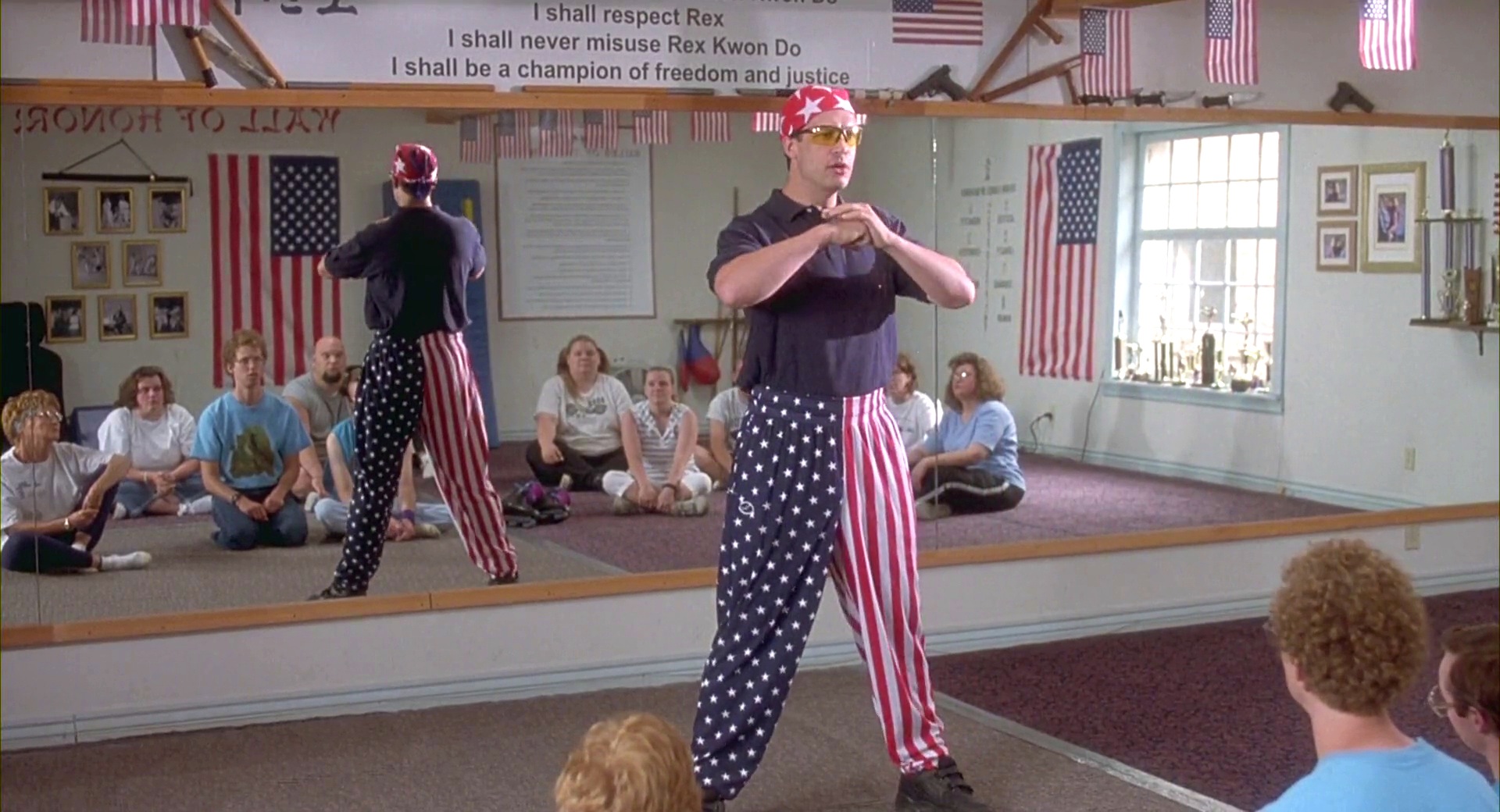 “I’m Rex, founder of the Rex Kwan Do self-defense system! After one week with me in my dojo, you’ll be prepared to defend yourself with the STRENGTH of a grizzly, the reflexes of a PUMA, and the wisdom of a man.”

That’s what I’m going to help you with today. I sympathize with the situation of not knowing what you don’t know. We were all beginners once, and when you’re in that position it can seem like some huge, intimidating thing that you just can’t quite get your arms around. Don’t worry, though; you’re not alone in this. Everybody has gone through this to some degree or another, including me. So today I’m going to tell you what I think the best, most efficient way is to go about this stuff. Trust me on this – I’ve wasted a lot of time and money doing the wrong things, so save the time and cash by learning from my mistakes.

What are Your Goals?

When you start off on some kind of path, you first need to determine your destination, right? I mean seriously: why are you on that path in the first place? Because you’re trying to get to some specific place. Without a destination in mind, you could easily end up on the wrong path headed in the wrong direction. You might even be moving directly away from where you want to go.

One of the “habits of highly effective people” is to begin with the end in mind. In order to pick the right route, you need to know where you want to go. That’s exactly how I learned to develop training plans in the Marine Corps. In the Corps, an infantry battalion will be assigned a mission by its higher headquarters. The battalion staff then has to determine the specific tasks in which it needs to be proficient in order to develop an effective training plan. We refer to those tasks as MET’s (Mission Essential Tasks). Once you compile the MET’s into a METL (Mission Essential Task List), you’re then able to develop a training plan to hit all the wickets on your METL.

It’s the exact same with the armed citizen. The first thing you have to do is decide what you want out of this whole training thing. Are you simply preparing to defend yourself and your family against common “street crime” or home invasion-style attacks? Or do you plan to be an apocalypse queen shooting zombies in some kind of worst-case-scenario Mad Max situation? Maybe your goals are somewhere in between. In my head, I organize the trained armed citizen into three different categories that should probably match up to the goals that 99% of you will have.

Categories of the Armed Citizen

I’m going to outline what I see as the three primary options below. See which one best describes you.

Level 1: The Self-Defender
The Self-Defender is primarily interested in… well… self defense. You view the primary threat as what I like to call “common” street crime: robbery, rape, assault, murder, home-invasion, etc. That kind of stuff happens every day all over the world, and you recognize it. You want to be able to effectively defend yourself and your family from this type of violence, but you’re not necessarily a “gun guy.”

The Self-Defender is primarily after training that focuses on concealed carry. She might also be interested in learning to use some kind of long gun for home defense, but then again, she might just use a pistol as her one do-everything gun and want to learn to use it safely and proficiently. 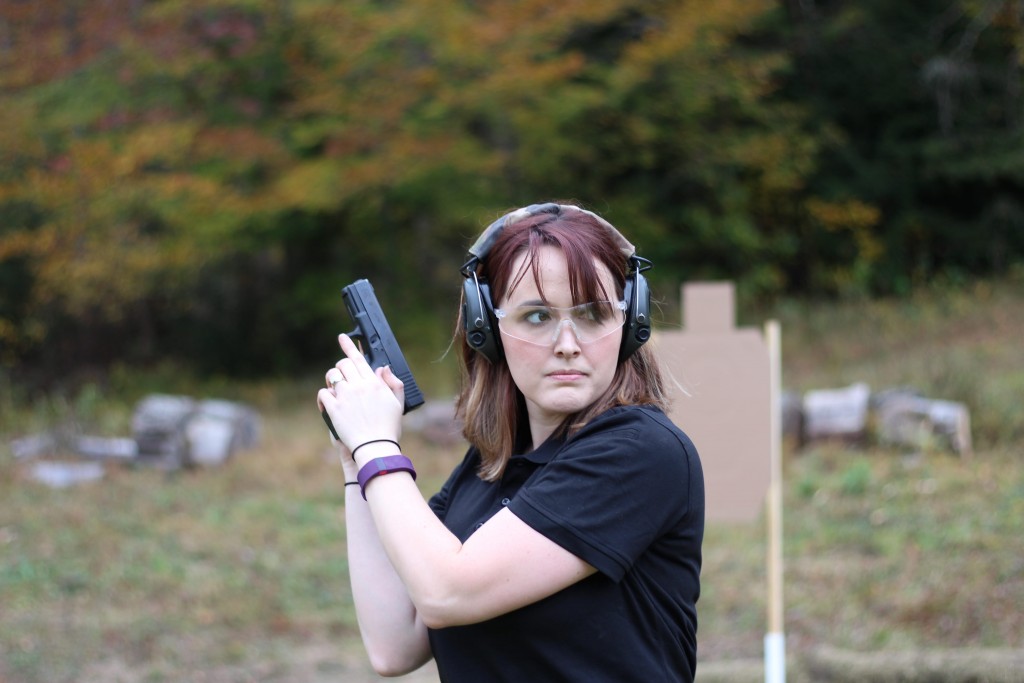 The Level 1: Self Defender scanning for threats.

Level 2: The Citizen-Protector
The Citizen-Protector has the same kind of goals as the Self-Defender, but the passion of a warrior burns somewhere down in your heart. You think about scenarios that are a little worse than the run-of-the-mill stuff and you are interested in how to stop the evil when it occurs.

No, I’m talking about vigilantism or being a “cop wannabe.” Let me give you some examples: In an active shooter situation, a Level 1 (Self-Defender) is going to run away. His goal is survival and self-defense. On the other hand, a Level 2 (Citizen-Protector) is going to move toward the sounds of the guns instead of away from them. He’s not suicidal, and he’s not trying to be a hero; he’s just the kind of person who won’t be able to look himself in the eye if he lets the killing continue.

The Citizen-Protector also has some level of effective first aid training – to include trauma care – and probably keeps a medical kit handy to help out in emergencies that are not his own.

The Citizen-Protector also knows that even bigger emergencies can and do happen. Civil unrest has almost become a fad in our nation, and it’s disgusting. But the moral corruption of it aside, our practical concern is that it can be very dangerous to anybody who gets caught up in the middle of it. The Citizen-Protector might take his preparedness to the next level with a bag and a rifle that he uses to make it back home when commuting on his normal route just isn’t an option. 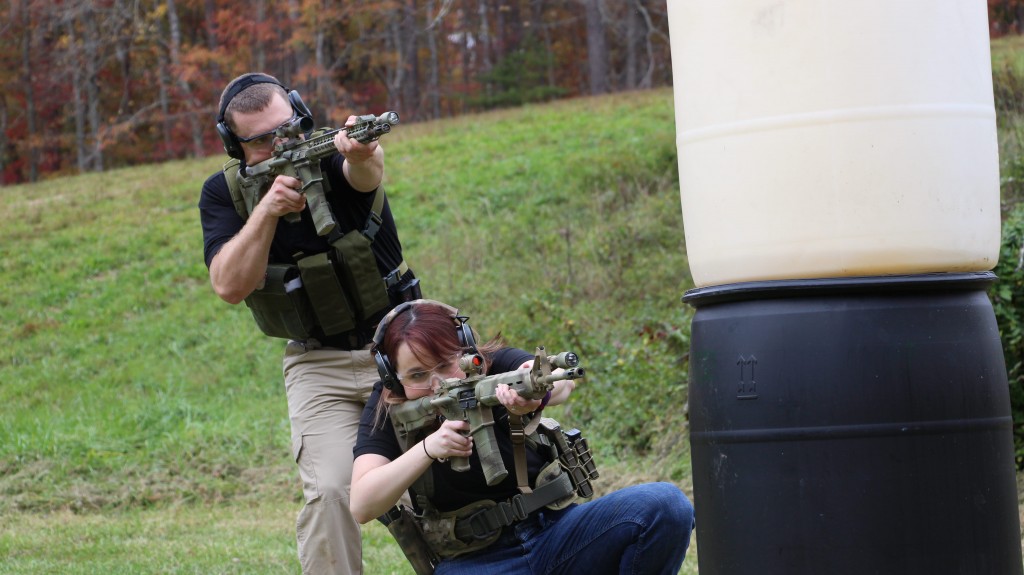 “WE GOT THIS!!!” A couple of good-looking Level 2: Citizen Protectors training hard at the range.

Level 3: The Citizen-Soldier
Do you understand that things can get worse – WAY WORSE – than just a few days of rioting? Do you get just how bad the aftermath of Hurricane Katrina was? What about the LA Riots of the 90’s?

If an event like that happens in your area, then you will likely need to team up with friends and neighbors for collective self-defense until help arrives, and you will need a much higher level of training to deal with those types of threats. The Citizen-Soldier goes beyond just the ability shoot fast and accurately; he knows how to work with a team to have the best effect. He’s trained and prepared to conduct security patrols to intercept threats to his community during bad times, he’s able to plan a defense of his home or neighborhood, and he’s materially prepared to do without electricity or grocery stores for some amount of time.

Crazy survivalist? I THINK NOT! It’s a Level 3: Citizen-Soldier making sure his property is secure from ne’er-do-wells.

The Citizen-Soldier does what he can to prepare for any situation. Some might call him a “prepper” or a “survivalist”, but I think Max Velocity’s term of “Rationalist” fits a lot better.

This whole new world of training can seem daunting right now, but just close your eyes, take a deep breath, and realize that other people have done this before. Think about what you see as the threats you are likely to face and what you are willing to do about it, and then decide what your goals are. Which type of Armed Citizen do you want to be?

Next time, we’re going to broad brush a training roadmap to get you where you want to be by introducing you to the five Survival Priorities. Understanding these priorities will help you start to see the big picture of how to get from where you are now to where you want to be.