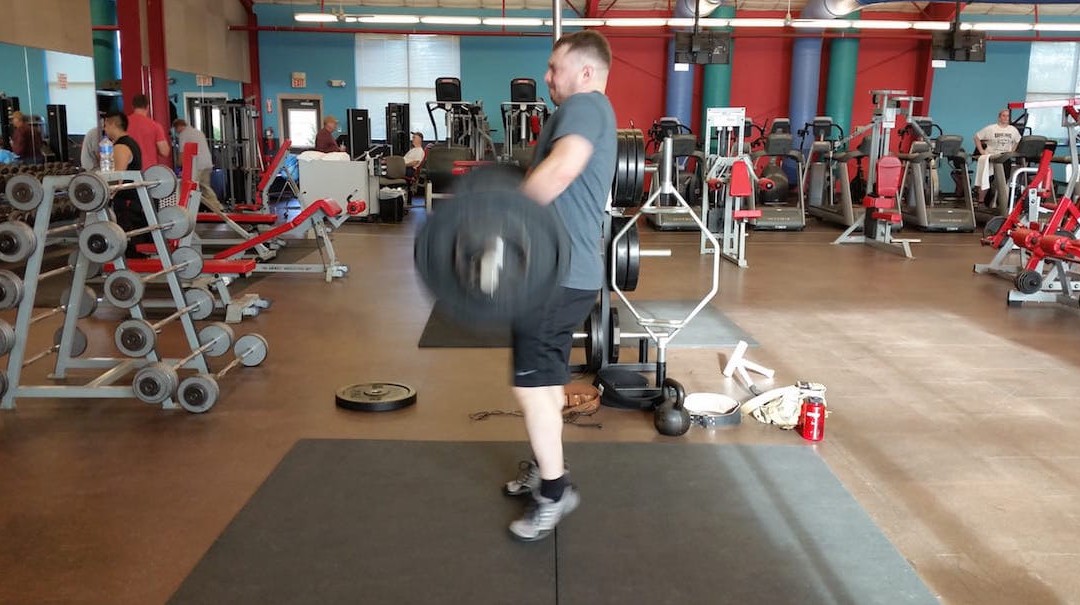 Do you know what the number one leading cause of death is for firefighters in the line of duty? Maybe you would guess smoke inhalation or burns, but you would be wrong. Okay, next on the list would probably be structural collapses, right? Wrong again. What about falls from ladders or buildings? Other accidents like motor vehicle collisions, runaway chainsaws, or electrocution? No, no, no, and no.

So why am I talking so much about firefighters? This is a blog about self defense, gunfighting, and survival, right?

I’m talking about this because we, as armed citizens, are like firefighters in that we are training for events that are extremely taxing both physically and mentally. Fights are not “easy”. You can’t count on always just skinning your smokewagon and calmly ventilating evildoers. Whether you’re in a fistfight, knife fight, gunfight, or catfight, the important point to understand is that you are in a fight. Don’t think about some martial arts movie fantasy. When you picture a fight, picture yourself going all-out for a few seconds, like this (NSFW for explicit language, fast forward to 1:19 for the fight):

Remember: Fights are extremely exhausting, both physically and mentally. Whether you’re in a knock-down, drag-out fight for your life, or you’re buddy-rushing 300 meters to destroy an enemy squad, fights will test your mental and physical fitness. Don’t be like the half of firefighters who die in the line of duty: don’t let your physical fitness be what fails you.

What Kind of Fitness is Needed?

There are many different aspects and expressions of fitness. Many people would suggest that runners are perfect specimens of physical fitness with their lean builds and high levels of endurance. Others think of bodybuilders when they think of the physically fit; their size and strength certainly seem to indicate health. Maybe you have another example in mind, like football players, sprinters, gymnasts, or martial artists.

The truth is that each one of those above-listed athletes represents some of the different aspects of physical fitness. For our purposes, though, we want to avoid overspecialization. In the world of armed survival, we don’t know whether we will need to drag a heavy friend out of a kill zone, manhandle an attacker, sprint 300 yards as fast as possible, or run 5 miles. Remember what Robert Heinlein said about specialization:

The type of fitness we are after is General Physical Preparedness or GPP, as we will call it. GPP consists of three major components, in my estimation:

A well-designed Physical Training (PT) plan should develop all three of these areas of your GPP.

But What About Nutrition?

I need to disclaim a few things right now: I’m not a nutritionist or a physical trainer. Heck, I didn’t even stay at a Holiday Inn Express last night. I’m just a guy that has been a student of physical fitness since about 2004. Like most people, I’ve come to understand that there are two major components at work when it comes to your physical fitness: diet and exercise.

Many will tell you that the most important component of physical fitness/health is your diet. (Note that I’m not talking about fad diets; when I say “diet”, I mean the daily decisions you make about your nutrition – the food you regularly consume.) I used to call BS on this because in college I could eat whatever disgusting junk food I wanted and still perform at an extremely high level, physically.

Well now I’m 30 years old, and I still perform at a fairly high level, but I can’t just eat whatever I want to anymore. Gaining weight is getting easier and easier for me to do, while maintaining a healthy weight is getting harder and harder. On top of that, eating right is really my achilles heel when it comes to physical fitness: I just love to eat.

Despite the fact that it’s my weak point, I still need to address it here. There are countless diets out there that you could be on: The Paleo Diet, the South Beach Diet, the Abs Diet, Intermittent Fasting, Low-Carb, No-Carb, etc. What I will tell you is that none of that stuff really matters. There is research to both back up and shoot down all of those diets. If one of them works for you, then great! Stick with it. The discipline to stick with your nutrition plan matters a lot more than the specific method you choose.

End Your Dependence on Foreign Substances

Another key component in developing fighting fitness that is closely tied to nutrition is this: you need to end your dependence on any foreign substances that can go in your body. Do you smoke, dip, or chew? Are you a functioning alcoholic? Do you get headaches when you go too long without caffeine?

That crap is weak.

Whatever it takes, you need to end your dependence on that garbage and get clean from it. I don’t care what you say – take a smoker and pit him against himself after quitting smoking and see the difference for yourself. Seriously – why would you spend all that money to acquire guns, gear, and training, as well as all that time and effort eating right and exercising just to crap all over it by smoking? End your dependence on that trash.

I’m running late for the gym, so that’s probably enough for now. We’ve talked about why you need to be physically fit, what kind of physical fitness we’re looking for, and how diet plays into your overall physical health. Next time, we are going to actually go into detail on how to design a PT plan to develop all components of your GPP.

Until then, start working on your diet and think about how where you can make that time for PT. Me, I gotta go pick up some heavy things and then set them back down.